no events to show 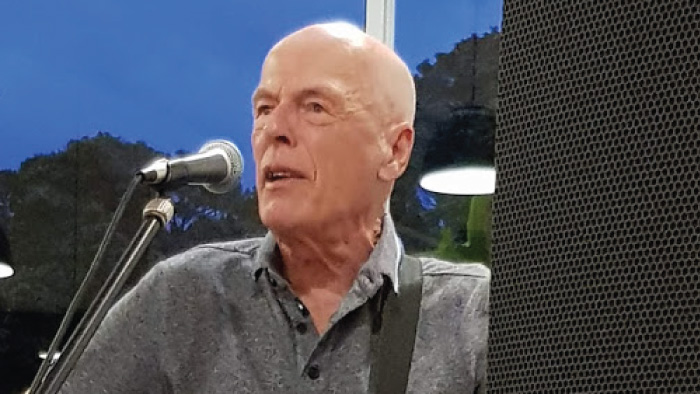 Chris, who was born and brought up in London, performed in a number of bands in the UK before heading off to New Zealand in 1976 where he joined Wellington Rock ’n’ Roll band “Pogal”. Chris was a member of Pogal for over 20 years and since has performed in Wellington bands, “Eclipse”, “Fuse”, “Badger” and “The Lounge Lads” performing all over New Zealand and the Chatham Islands.
Chris has been a professional musician now for over 20 years, with career highlights including performing twice on both television programmes Telethon and TV One’s The Good Morning Show, numerous radio interviews and air time with Eclipse’s CD “On Track”.
Highlights of my musical career have been Eclipse opening for The Searchers Concert in Upper Hutt in 2007, and recording the Eclipse CD, “On Track”.

Over the last few years I have performed many times at Open Mic session’s and acoustic clubs in New Zealand, Austrailia, Spain and the UK, which has given me the motivation to start performing solo, a new chapter in my life.