The Petone Working Men’s Club and Literary Institute was formed in 1887, over 125 years ago and has a long standing history in Petone. Leased in 1887, the Peels building on Jackson Street became the Club’s first premises for a period of three years before the club expanded into the Priests building in 1890. By the time the Combers Property was purchased in 1896 the club had built an impressive membership and had been granted a prestigious Queens Charter.

With an ever expanding membership and demands for a more modern facility the club was demolished in 1927 to make way for a new building on the same site. This new building became commonly known to members as the “Old Club” and served as the main club facilities for 50 years. In 1977 it was decided that the club once again needed a major upgrade.

On the 6th of August 1977 the doors were opened at Udy Street, the current location of the club. After extensive additions including a new restaurant and games room the Petone Working Men’s Club and Literary Institute now boasts a membership of close to 10,000 and high quality facilities.

The Peel's building was situated in Jackson Sreet just east of the Empire Hotel. Leased in 1887, it became the club's first premises for a period of three years. 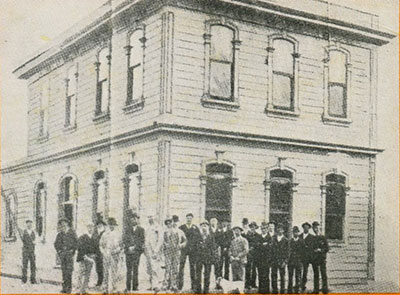 This building still stands on the southwestern corner of Jackson and Fitzherbert Streets. It served the club membership from 1890. 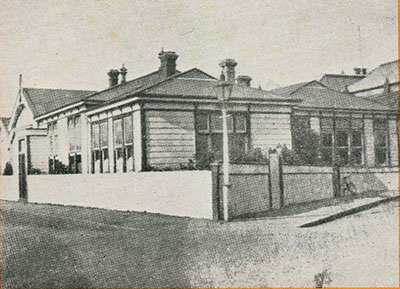 This one story private residence was purchased in 1896 and was home for the club until 1927. Situated on the corner of Petone Avenue and Campbell Terrace, it was demolished in 1927 to make way for a brand new building on the same site.